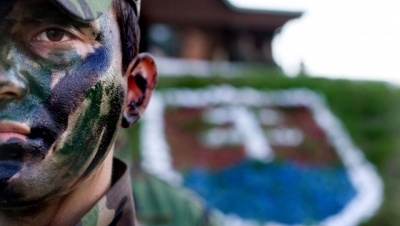 The recent charges against former head of the military intelligence service VSS, Roman Mikulec and his close associate, former VSS lieutenant Katarina Svrcekova, have been condemned as a blatant silencing of the whistleblowers in the case concerning alleged dubious transfers of assets controlled by VSS.

A police raid on Mikulec’s car at the weekend saw him and his alleged fiancée Svrcekova facing charges of leaking confidential information. Former VSS head Mikulec is, in fact, a crucial witness in the whole case, and it was he himself who launched an investigation into the siphoning off of assets from the agency, so the motive behind the charges against him are in question, not to mention well-timed.

Former defence minister Lubomir Galko referred to the move as a clear sign that they are not only silencing whistleblowers, but sending out a warning to anyone else who would dare do the same.

Head of the Freedom and Solidarity party (SaS), Richard Sulik, said the decision to charge the two former intelligence workers, issued by the Special Prosecutor’s Office, was reminiscent of Meciarism (a phrase coined for the crony practices and abuse of power seen under former prime minister Vladimir Meciar). Sulik plans to turn to authorities abroad to investigate the dubious case.