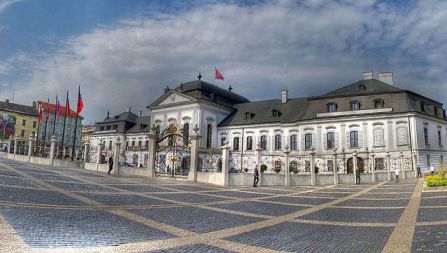 With just over three weeks left in the presidential race, the polls show the gap closing between the two main contenders, Prime Minister Robert Fico and entrepreneur and philanthropist Andrej Kiska.

Various polls have been showing Kiska catch up on Fico, with one poll from public broadcaster RTVS conducted by the agency Median (on 1,033 respondents) forecasting Fico with 35.8% in the first round, with Kiska now being attributed 32.6%, compared to earlier figures of less than half that. This raises the possibility of Kiska even winning the first round.

Kiska himself is being challenged more by the other candidates, however, who are calling on him to open public debate. Other contenders for the presidential post include independent MP Radoslav Prochazka, actor-turned politician Milan Knazko and Pavol Hrusovsky from the Christian democratic party KDH.  Most of the candidates brushed the latest poll aside as irrelevant, as the real debate in front of the public will only now get off the ground.

In the meantime, leader of the polls Fico injured his Achilles tendon playing in a PR football match in Kosice yesterday and had to have minor surgery. This will slow down Fico’s presidential campaign, but it is now up to the other candidates to find his political Achilles.