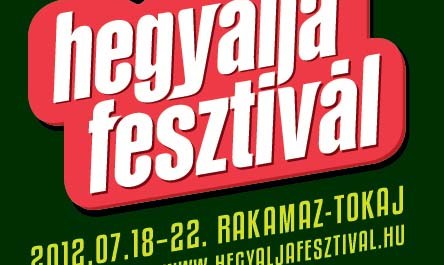 Košice and Pécs are going to be the guests of Hegyalja Festival this summer. Residence ID cards of Košice and Pécs residents will be all they need to get their tickets to the live gigs of Everlast, Enter Shikari, Stereo MCs, Hatebreed, Parov Stelar Band, Arch Enemy, Exodus, Danko Jones and the other 200+ artists at the festival located at the border of Tokaj and Rakamaz, by the sunny bank of river Tisza. 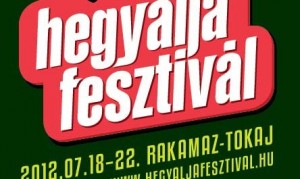 Residents of the 2010 (Pecs) and 2013 (Kosice) Capitals of Culture in Europe can enjoy not only the music shows and the beach, but can share their experiences as well. The first invitation, with the intention of creating a tradition, will be followed by further cities – one from inside and another outside the country border – each year, as Hegy’ is not just a music festival and summer holiday at a world heritage site, but a cultural meeting point as well.

A tradition is going to be born at 13th Hegyalja Festival: Pécs and Košice are going to be the guests of Hegy’ 2012, and in the future other cities from inside and outside the country border will be invited to the festival each year. Distance between residents of Pécs, Europe’s Capital of Culture in 2010, and Košice, which city is going to hold the title next year, will be melted up at Hegyalja, lifting the border between them. What is more, it’s only 100 km travel from Košice to Hegyalja to meet the people from Pécs and share your views and points about the experiences and challenges of preparation for the European cultural role.

However, the role of European cultural capital will not be the sole topic for the guests from the two cities. Artists in the festival’s line-up include Grammy-winner Everlast, Austria’s Parov Stelar Band presenting their new album at Hegy’, Arch Enemy with the hottest metal singer, and the latest star band Enter Shikari, as well as Stereo MCs which turns generations into one dancing mass, thrash legend Exodus, and DJ set programme of Pendulum, Hungarian alternative star Kiscsillag, favourite of visitors 30Y, and more than 200 other artists will provide good subjects for conversations.

Killing time with spectacles by the bank of Tisza is a common programme before the concerts: everyone can pick their choices from cute bikini girls, broad and grand guys, and making new relationship has never been so easy than with an invitation for typical Hungarian wine drink Furmint-fröccs. Tasting wines of Tokaj, new friendship is born in cool cellars at Hegyalja. Come from the country or outside the borders, those who enter the world heritage site becomes the part of Hegy’ community at once. Hegyalja connects you, everyone’s a fan here.

13th Hegy’ will be the lucky star of Košice and Pécs, dwellers of the cities can enter the festival for free. In order to grasp this opportunity this residents should do only two things. Join the facebook group of Hegyalja to be the first receiving all the latest information about the festival. Besides, visitors have to verify their address with their address cards at the entry of the festival. Borsodi Hegyalja Festival will invite new cities in the future, to make it easier for the festival fans to get to know each other, and make new friends.

Hegy’ is the place where you don’t have to make a choice between water, wine and beer, as all the three is coming together along with the best music and the best company. Borsodi Hegyalja Festival is the only four-day party in Hungary, where the experience becomes a part of world heritage. Between July 18 and 22, festival goers can experience River Tisza, wines of Tokaj, Borsodi beers, and the most exciting local and foreign rock bands at the same time. Fed up with prophecies about the end of the world? You should come to Lucky 13 at Hegy’, as the 13rd Hegyalja Festival must be the luckiest summer festival in your life.

Everybody who counts will attend 13rd Borsodi Hegyalja Festival: the last 13 years, Rakamaz-Tokaj became the most lively summer meeting point of university and college students. However, you can also meet the best local musicians, the funniest stand-up stars, the most of Hungarian wine makers and beer experts at the biggest summer festival of the Eastern side. You can make famous Hungarian fish soup “halászlé”, or have some beer, wine refreshment “Furmint fröccs” together with your favourite writer or singer. At Lucky 13 Hegy’, it can also happen that you can cook for the artist, or a boy/a girl whom you deified only from the distance in the past years.

More than 200 artists, rowing, theatre, beach, wine cellars, exciting conversations with the coolest guys of the country. A summer holiday set to music waits for you on the stage, and in front of it, in Rakamaz-Tokaj.