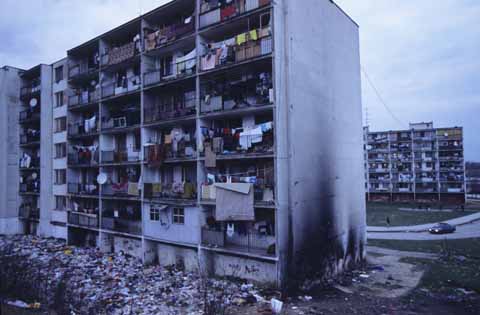 Yesterday the City of Kosice razed a building to the ground that was home to Roma families in the now famous Lunik IX housing scheme, reports TASR newswire.

The block of flats was already in a dangerously damaged condition and had been emptied over two weeks ago, so there were no emotional scenes of evicted inhabitants as the bulldozers moved in.

The eight families that were living there officially and had been paying their dues were housed in alternative accommodation. Some ousted residents have set up camp at a nearby river, but local authorities warn that this will also be eliminated.