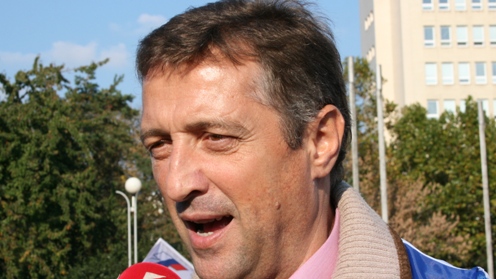 The metalworkers trade union KOVO is rallying its members again, calling for tougher protests against the government’s austerity measures, the planned revisions to the Labour Code and the new law on Collective Bargaining.

Following protests marches in Kosice, Zilina and Bratislava in October, nothing has been done or changed by the government, says head of KOVO, Emil Machyna.

“We tried protests, and so now it is time for something else, done a little differently maybe. It will be in front of companies and in transport. I don’t want to get ahead of myself quite yet, because we want to prepare it well and will announce it once it is ready. There will be various activities, tougher action, which this time will be felt also by the public” declared Machyna.