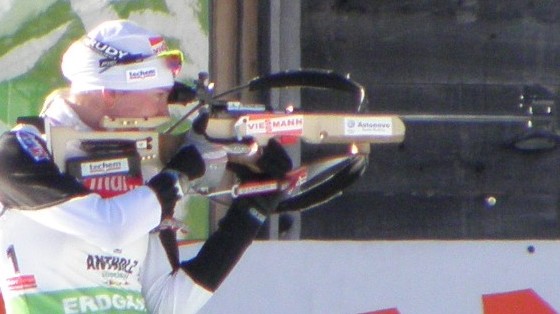 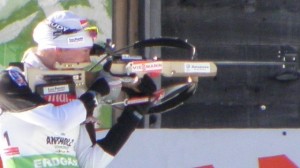 Slovakia’s biathlon representative Anastasia Kuzmina has won the gold medal at the Sochi 2014 Winter Olympic games in the 7.5 kilometers sprint. In winning the gold, Kuzmina became the first female biathlon athlete to retain the gold medal in Olympic history.

Anastasia Kuzmina was born in Russia, but has competed for Slovakia since 2008. She won the silver medal in the 2009 Biathlon World Championships in Pyeongchang, South Korea for the 12.5 km mass start, and a gold medal in the 7.5 km sprint at the 2010 Winter Olympics in Vancouver, Canada. Kuzmina also won a silver medal in the 10 km pursuit race at the same games.

Kuzmina’s victory makes her only the second Slovak athlete after Ondrej Nepela to win a Winter Olympic gold medal. Her victory in Canada four years ago saw her become the first gold medal winner for an independent Slovakia (since separation from Czechoslovakia in 1993).

“The shooting part proved her full concentration and skill. Since this morning, the only thing I saw and dreamed of was ten white targets. I did not expect her to win, any place in top five would be satisfactory, but her triumph is just great. Nastia proved to be great and mature athlete,” Kuzmina’s coach Juraj Sanitra commented on her triumph on Sunday.