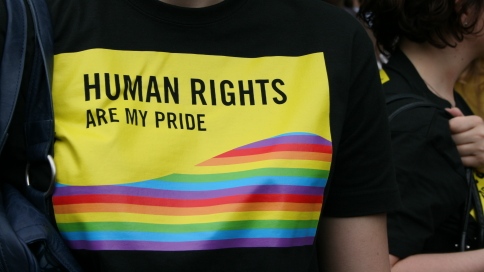 This Saturday 9 June, thousands of gays and gay rights supporters will take to the streets of Bratislava for the third Rainbow Pride march to raise public awareness of how the LGBT community is discriminated against in Slovakia.

The first year of the event in 2010 produced its fair share of controversy and counter demonstrations, with the police out in mass force. This year, again, special precautions are being taken to prevent any attacks from homophobic extremists on the peaceful march, with several hundred officers stationed for the event.

This year the event has received the official support of at least 18 ambassadors to Slovakia. They declare that everyone should be free to enjoy the rights afforded under the Universal Declaration of Human Rights.

The Rainbow Pride event will go on for 8 days altogether, and looks set to be as colourful and entertaining as it was last year. There will be speeches by various public figures and concerts by well-know Slovak and Czech artists. The official start of the event on Hviezdoslavovo namestie at 1 pm.

The civic association Queer Leaders Forum explains the need to organise another year of the event for equality of lesbians, gays, bisexual and transgender people with an ongoing lack of interest from politicians in dealing with the issue; it also connects it with the current state in the Slovak society.

On their Facebook group, the Rainbow Pride organisers state: “The Slovak Republic is being tossed in the “Gorila” affair, discontent people protest in thousands in squares. The LGBT people are a part of this discontent crowd, not only for what all this affair explicitly incarnates but also because for more than ten years we are being told by Slovak politicians that it is not the right time for solving our problems and legal equality of same-sex relationships.

“We lack rights to legitimately enter partnerships, to have the possibility to adopt children of our partners, we are angry, that this topic is being constantly and systematically swept under the rug of political unwillingness, and therefore we will march this year again,” says the event’s director Romana Schlesinger.

“Slovak lesbians, gays, bisexual and transgender people, but also our close ones, our heterosexual parents, siblings, our friends, we all are already tired from endless waiting for appropriateness or inappropriateness of the political situation. We need the rights we demand for the quality of our family life and for our children,” Roman Kollárik, one of the organisers of the Rainbow PRIDE Bratislava, commented the political ignorance.

The Rainbow PRIDE Bratislava 2012 is the Slovak march for equality of lesbians, gays, bisexual and transgender people. It is organised by the civic association Queers Leaders Forum and a informal group of activists.