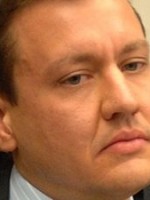 Interior Minister Daniel Lipsic (KDH) has initiated a proposal to take away the bodyguards of Supreme Court Chairman, Stefan Harabin, claiming that he is not entitled to have one.

In response, Harabin’s office has accused Lipsic’s action as an attempt at political retribution rather than action based on expertise. “The security risks weren’t analysed at all, even though Harabin has received several threats in the past. Physical liquidation may be one way how to get rid of an adversary” reads the statement of the office.

In response Lipsic said that the heads of the Supreme Court never used to have bodyguards. “Guards were only assigned after Stefan Harabin left the post of justice minister to take up the post of Supreme Court chairman. It is not common practice in the EU for Supreme Court chairs to have bodyguards assigned to them” said the minister. He also mentioned that Harbin’s bodyguards were costing the country EUR 167,000 a year. As Lipsic then pointed out, this sum is also because Harabin had also taken bodyguards with him on exotic service trips to Australia, Brazil and China.

The two men have hardly had amicable relations, with the low point coming two years ago when Lipsic called for a vote of no confidence against Harbin (Minister of Justice at the time) due to his alleged links to Albanian drug boss, Baki Sadiki.

At the session, Harabin, obviously thinking the microphones were off, was overheard saying to Lipsic: “you’re going to jail, you dirty bastard”.

Let’s hope the Supreme Court itself and the Ministry of Justice have better relations than the two heads.