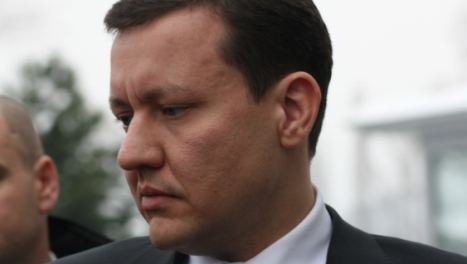 Murder suspect Karol Mello has been released from custody by the Regional Court of Bratislava, which overruled an earlier decision of the Bratislava District Court from 9 May to keep him under lock and key.

Mello was once classed as the most-wanted man in Slovakia, being accused of the murder of a woman and a young boy back in 2004, but also with alleged ties to the Slovak underworld. Mello had been in hiding for almost five years before being caught by Polish police back in October 2010.

In justification of his release, spokesman for the regional court Pavol Adamciak told TASR newswire that there were no grounds substantiated to keep Mello in custody, especially as he had already been released once before for the same case.

Both justice minister Lucia Zitnanska and interior minister Daniel Lipsic are appalled by the decision, with Lipsic referring to it as a slap in the face of justice in Slovakia. He complained how it had taken so long for Mello finally to be brought to Slovakia to face trial and now he had been released from custody, calling the ruling absurd. Lipsic says this is just further proof of why the whole justice system has to be reformed.

Lipsic went on to say how Mello’s case was a model example of the kind of cases where custody should be imposed, given the particularly violent nature of the case and the fact that Mello had gone on the run. Lipsic then offered his full support to justice minister Zitnanska’s reform steps in the justice system, while calling the decision outrageous.

Justice minister Lucia Zitnanska has already called for the case to be re-examined to find grounds for contesting the Regional Court’s decision and get Mello back behind bars. She says they will also be holding respective judges liable for their decisions.