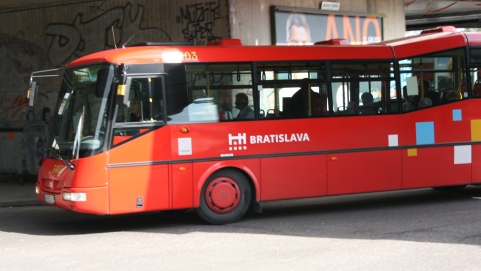 A man caught with no ticket on a bus in Bratislava yesterday held nothing back in his escape efforts, as he eventually pulled out a gun on the ticket inspector and accompanying security guard.

The incident occurred at around 10 am yesterday morning on the no. 96 bus, after the ticket inspector approached the man asking for his ticket.

As he had no ticket or ID, the man tried to make his escape at the next bus stop, but this led to a scuffle in which the culprit attacked the inspector and the guard, knocking money to the ground as well. Wielding his gun, he then grabbed about EUR 100 and ran off.

In the meantime the police were on the way to the scene because they are called when a passenger has no proof of identity. The police caught the man soon afterwards as it seems he was stupid enough to return to the scene where he was to meet his girlfriend. The only date he has now is with a jail cell.

Another case recently saw a man threaten a tram driver with a gun to stop the tram as it was not going where he wanted it to.