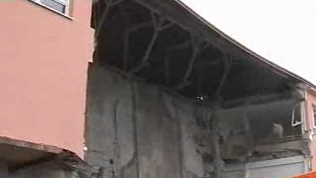 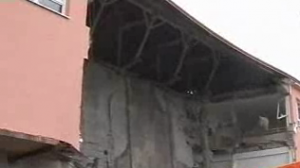 Three floors of a primary school in Nacina Ves near Michalovce in the east of Slovakia collapsed yesterday afternoon, 27 July, with three people being trapped under the rubble.

The three men were workers who were involved in the reconstruction of the school. The fire brigade arrived quickly at the scene and soon managed to pull two of the men out of the debris. One man escaped with minor injuries, but the other had to have his leg amputated later in hospital.

The whereabouts of the third man at the time of the accident was unknown, and even with the use of a sniffer dog it took the fire brigade 10 hours to find the third man. He was found dead, having been crushed by a load-bearing girder.

The exact cause of the accident is unknown, but the consensus of the local mayor and the fire brigade is that the statics of the building must have been bad.

School director Alzbeta Orendacova expressed her relief that the building had not collapsed while occupied by the 200 or so children that normally attend the school. An investigation will be initiated to determine the cause of the accident.

The Daily sends its condolences to the family and friends of the deceased man.