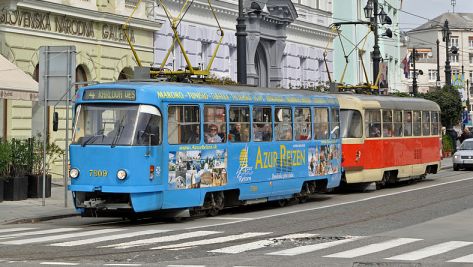 Nobody could have forecast what was about to happen on the no. 9 tram this morning, when one of two passengers who were not happy about where the tram was going pulled out a gun and threatened the driver with it.

Bratislava police spokeswoman Tatiana Kurucova informed SITA newswire about the curious incident that public transport company DPB reported to the police. The female driver of the tram had no problem meeting their demands, though, which was to get off the tram near SNP Square.

The police are now looking for two man aged around 30, about 180 cm tall and wearing dark jackets, and asking any witnesses to come forth or call the emergency police number. The incident may have been caused by the change of tram routes earlier in the week, which people will have to get used to unless hijacking the tram is their intention.