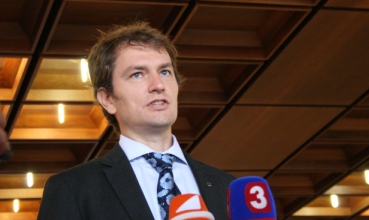 Following last week’s visit of Hungarian President Pal Schmitt, and his open invitation to ethnic-Hungarians in Slovakia to apply for dual citizenship with Hungary, head of the Obycajni Ludia faction of the SaS party, Igor Matovic, has spoken out against the conduct of the president.

Matovic gave a press briefing today, at which he said Schmitt had abused his visit to Slovakia, using it as a platform to recruit new citizens for expanding Hungary. “He had no problem encouraging people in Slovakia to apply for Hungarian citizenship without fear” said Matovic about the president, who he also called impudent.

Matovic then apologised to the people of the country that the Slovak government had not take an official position on the matter.

President Schmitt essentially shocked Slovak President Ivan Gasparovic when he said he would support any Slovaks wanting to apply for Hungarian citizenship.