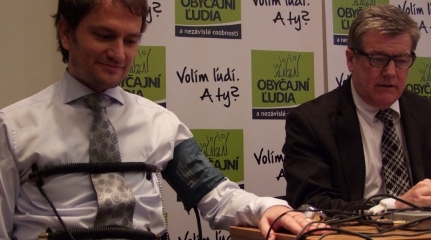 Controversial head of the Ordinary People and Independent Personalities party, Igor Matovic, is trying to set an example to other politicians by taking a lie detector test to prove he has never accepted bribes etc.

On 8 February Matovic said goodbye to 24 candidates in his party’s election slate because they refused to take such a test. Matovic himself took the lie detector test on 17 February in London under the eye of the President of the British and European polygraph associations, Don Cargill and he even has a certificate of no deception to prove it.

Matovic is now challenging other politicians to do the same, saying that if the system was used on people running for parliament, it would be the greatest anti-corruption step ever taken in Slovakia.