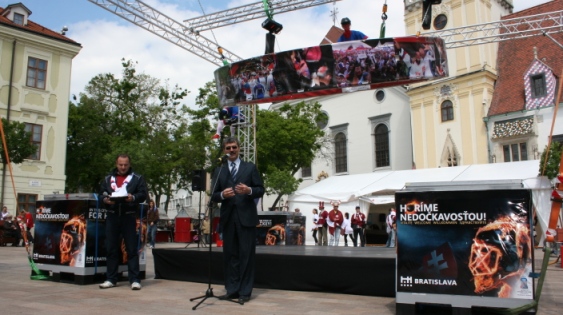 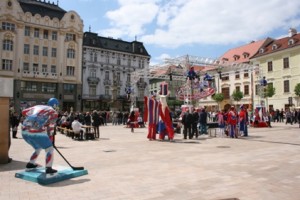 Speaking to The Daily before the ceremony, mayor Ftacnik explained that the square would be used for different cultural programmes during the remainder of the Ice Hockey World Championships. He said the culture of the different countries competing in the championships would 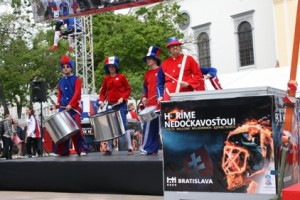 be presented on the small stage on individual days, together with other special events. 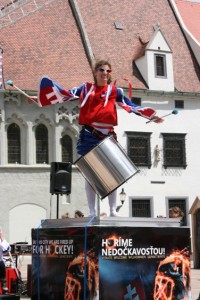 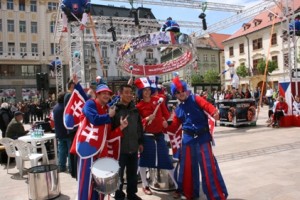 The ceremony included 16 girls on in-line skates dressed in the strips of the various countries interweaving among the crowd and handing out info leaflets, stilt walkers posing for photos with tourists, and a rather energetic drum show. Face painters were also on hand for anyone wanting to show off their team colours. 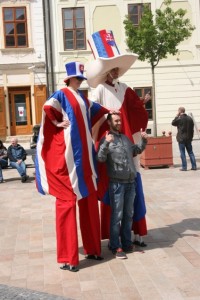 A marquee has been erected behind the stage where fans can watch documentary films about hockey, as well as live broadcasts of the matches themselves. Refreshments are on sale, with beer at the fair price of EUR 2 per half litre. 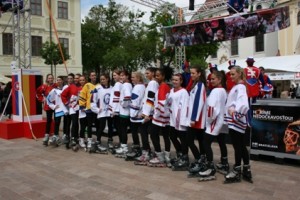 The Hockey Square merely complements the hockey atmosphere that now pervades the whole city, as fans from the various countries jibe playfully at each other as they tour the streets making their hockey chants. Bratislava is now in full swing, living and breathing hockey.