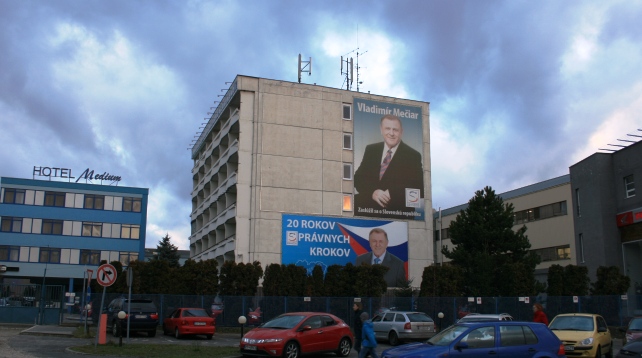 One of Slovakia’s most prominent ever political figures, Vladimir Meciar, who oversaw the birth of the Slovak Republic back in 1993, holding the post of Prime Minister three times, has decided to publish his memoirs, which if sincere and open could reveal more than most of the country’s political and business elite would want.

Meciar, now 72, became the iron man of Slovak politics in the wake of the 1989 Velvet Revolution and it wasn’t long before he endorsed the split of Czechoslovakia and started imposing his ideas on the newly formed and vulnerable Slovak Republic.

Without doubt, Meciar’s political career and his impact on Slovak society can’t be underestimated, as he pioneered an era that become known for blatant corruption and cronyism, paving the foundations, and values, on which Slovakia would then be built.

Meciar, who led his now all but defunct HZDS party many years, became bitter after the party nosedived with just 1% of the vote in this year’s election, so he could be about to unleash a wave of revelations about many of the high profile affairs. Not so quick. He plans to publish his memoirs in two parts, with the second part, guaranteed to be the juicy bit, to be published only after his death.

Meciar become untouchable in Slovak politics, possibly as he had some kind of leverage on all the other politicians. He was at the centre of various affairs, like the manoeuvring with what is now US Steel Kosice along with the Rezes family or the kidnapping of President Michal Kovac’s son, but he was an expert at bending things in his favour. He is the one holding the full list of conned investors in the bogus investment companies in Slovakia, for instance, and now his memoirs look set to reveal certain “government documents” that he has kept secret for years.

Meciar’s HZDS party is now clinging to the hope of a comeback, but still has no figurehead since Meciar withdrew from the public eye. Meciar does not completely rule out a return to politics, though, but his era of power is well gone.  Even so, his book is sure to become a bestseller.