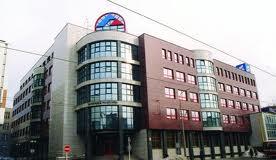 Finance minister Ivan Miklos has appointed Miroslav Mikulcik to the post of General Director of the Tax Directorate, which has been vacant since he recalled nominee of the former government Igor Sulaj on 13 July.

The minister continued with the replacement of heads of key government institutions by declaring Maria Machova as the new General Director of the Customs Authority, who takes over from interim head Martina Slamkova. The former head Eleonora Krocianova was sacked by Miklos on 16 July. Maria Machova was minister of privatisation under the Mikulas Dzurinda government in the 1998-2002 term and was head of the Tax Directorate in Banska Bystrica in 2002-06.