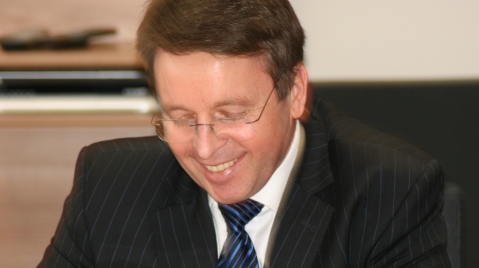 The bill so far for Slovakia’s legal defence in disputes with private health insurance companies comes to over EUR 16 million already, and finance minister Ivan Miklos has presented the bill to former prime minister Robert Fico.

It was Fico’s government that banned the health insurers from making profit on public health insurance, even though he was advised by lawyers and members of his own cabinet at the time that this was unconstitutional and could lead to problems.

The Constitutional Court recently judged the change of legislation by Fico as unconstitutional and so now Slovakia will likely have to compensate the companies for lost profit as well. Ironically, the money spent on its legal defence is more than the companies would have made in profit anyway.

Miklos filed the bill against Fico in person, saying he was acting “in the name of the people”, and that Fico should pay the costs as the situation was caused by his personal actions. Miklos also made reference to the alleged parallel financing of Fico’s Smer-SD party, by saying Fico should get the money “using his own head”, as this was one of the comments made on a recording on party financing supposedly containing Fico’s voice. That case was terminated without the recording being put to the test.

Fico was asked to defend the state on the issue before the Constitutional Court, but he refused. Miklos said it was just as well, because Fico has demonstrated such terrible ability as a lawyer that the final bill would likely have been much higher.

With no out-of-court settlement agreed with the insurers, arbitration proceedings will go ahead, but Miklos pointed out that even if the country were to win the case, Slovakia would not get most of the money back.