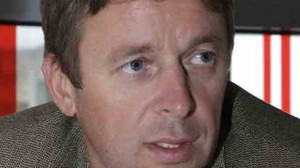 Following the recent cancellation of a rather costly contract for EUR 170 million by culture minister Daniel Krajcer for the digitalisation of cultural heritage records, finance minister Ivan Miklos has now frozen all other contracts that come under the same Operational programme – Informatisation of Society (OPIS).

Miklos wants to have the contracts and projects analysed to make sure there is nothing there that would make them inadmissible by the national certification body or the European Commission as the costs would then have to come out of the pocket of the state budget.

Miklos criticised that the electronic projects for public administration started under the former government will cost double their original estimates and officials at the Ministry of Finance see a lot of scope to cut the costs. “Talks with suppliers are underway. Some projects and contracts will be cancelled and new better terms will be re-negotiated for the state,” concluded Miklos.