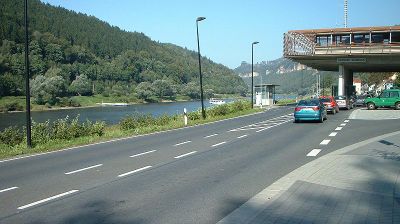 The Schengen zone could become a place of border checks again as EU home affairs ministers decided to give countries the option to reintroduce internal border checks. The decision was taken last week in an effort to combat illegal immigration, much to the disappointment of the European Commission itself, but MEPs might block the legislation.

EU home affairs ministers voted unanimously on 7 June for the re-introduction of internal border controls in the Schengen area, dwarfing the decision-making role of EU institutions in that policy area. The Commission regretted the decision and MEPs vowed to reject the draft legislation.

At a meeting in Luxembourg, EU home affairs ministers agreed on new rules that would allow countries to reintroduce border controls, if one state persistently fails to stop illegal migrants from entering Europe’s Schengen zone.

Such a decision would have to follow careful monitoring of the external borders, which reveals a “serious threat to public policy or internal security” in the EU.

Checks between the countries failing to meet standards and other EU states could be put in place for six months at a time, with possible extensions up to two years.

“There must be no weak links in the chain when it comes to illegal migration,” Danish Justice Minister Morten Bodskov told a news conference after the meeting. “Steps need to be taken quickly if Schengen cooperation is under threat.”

To ensure the EU’s external borders are well protected, the ministers also agreed to step up monitoring of how checks are conducted.

One country that could come under increased scrutiny is Greece which regularly faces criticism for failing to protect its border with Turkey (see background).

The developments suggest that in spite of the departure of former French President Nicolas Sarkozy from the political scene, the Schengen reform spearheaded by his administration remains valid.

Last April, the former French Interior Minister Claude Guéant and his German colleague Hans-Peter Friedrich asked the Danish Presidency in a joint letter to repatriate powers from the EU Commission, which would allow them to re-establish border controls for people travelling from Greece.

According to the French press, the country’s new Interior Minister Manuel Valls, a Socialist, is in a delicate situation, as France holds parliamentary elections on 10 and 17 June. The leader of the far-right Front National, Marine Le Pen, obtained 17.9% of the vote in the first round of the presidential election on 22 April. She now hopes that the Front National could make its entry into the French Parliament. A controversy over immigration policies could boost her camp, analysts believe.

Last week, Home Affairs Commissioner Cecilia Malmström said that the French-German letter was no longer on the agenda. After the home affairs ministerial meeting, she tweeted that she was “disappointed by the lack of European ambition among the member states”.

The European Parliament reacted in an unusually strong manner, considering the ministers’ vote “a serious inter-institutional incident”. MEPs are particularly concerned over the fact that ministers voted to change the co-decision procedure on Schengen matters to a mere consultation procedure – meaning the EP position can be totally ignored.

Following a conference of the Presidents of the Europea Parliament’s political groups, President Martin Schulz stated that the Council “disrespects Parliament’s powers and is a step in the wrong direction on Schengen” (see Positions).

The Parliament’s Civil Liberties Committee has now scheduled a vote on the Schengen Governance Package to take place on 11 June in Strasbourg. The Parliament also wants the Danish EU Presidency to explain its position in a plenary sitting next week.