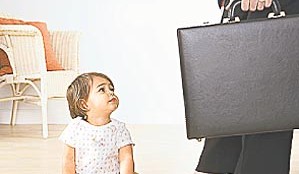 A draft revision of the Act on Social Insurance has been prepared by MP of ruling SaS party, Natalia Blahova, which would extend maternity leave by 6 weeks from 28 weeks at present to 34 weeks.

If it makes it through parliament, the bill would take effect from January 2011. Blahova is also pushing for the amount of maternity allowance to be increased by changing the formula used for its calculation.

Just now the formula applies 55% of the daily reference base, while under the proposed system this percentage would increase to 60%.