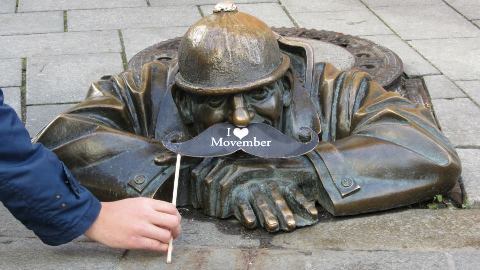 You might start noticing an increased number of unshaven men this month as the event Movember kicks off to raise awareness of prostate cancer.

Movember originated in Australia and was established as a charity program in 2004 to take place during the month of November. The basic idea was, and is, to get men to grow a mustache during the month of November in order to build awareness to men’s health and prostate cancer. This quickly spread throughout Canada, the USA & Europe and is now known international. But it has not yet been established in Slovakia. After recently having his mother-in-law diagnosed with late stage cancer, Paul was personally motivated to promote Movember in Bratislava for men and their families to become more conscience of cancer.
Paul Heil, Movember Bratislava coordinator. – “I created the page in hopes to build awareness to the international charity and movement Movember whilst building men’s health & cancer awareness in Slovakia.”
The overall goal is to get as many people as possible to support our Movember Bratislava’s Facebook page – http://www.facebook.com/MovemberBratislava. “We want to build as many followers as possible to join the Movember party at Goblins Pub in Bratislava on 30 November. We are working with Europa Uomo Slovakia to be present at the event on the 30th for participants to donate directly to Slovakia’s prostate cancer coalition. Hopefully over the years the event will get bigger and bigger and will truly help support men’s health and cancer awareness for families.” 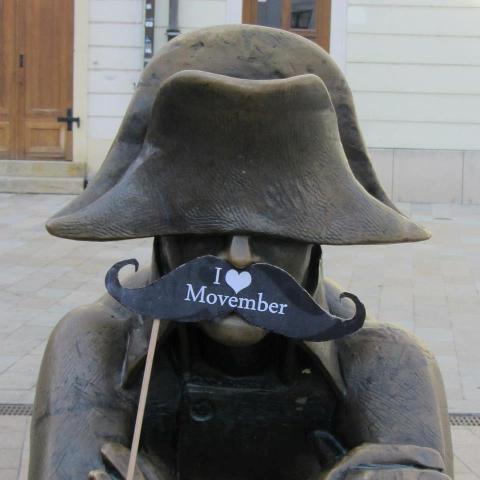 And if you are wondering how growing a mustache during November or joining a mustache party on the 30th can help prostate cancer, last year alone Movember raised over USD 174 million worldwide for cancer research by doing just that.
See how you can help by watching this 2 minute video about Movember Bratislava – http://vimeo.com/52808607