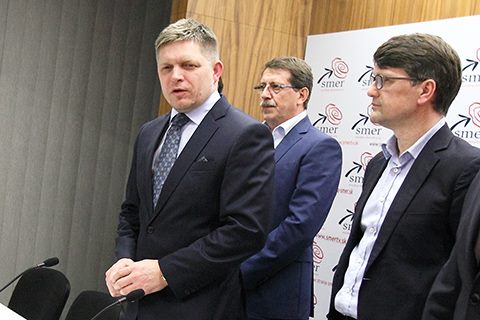 Opposition MPs led by Igor Matovic of the OLaNO party are determined to get justice in the case of ousted parliamentary chairman Pavol Paska, with them pointing to another company Komed in which he figures as the sole shareholder. The company has also been doing well in the health service orders, like the other company Medical group SK with which Paska had ties the past.

They MPs are calling on Prime Minister Robert Fico to comment on his party colleague’s company Komed, saying it is being used for money-laundering.Paska stood down as speaker of the house last weekend after pressure from the media and public protests about some dubious transactions taking place involving companies with which he has, or had, clear ties.

“I received information that in this way Pavol Paška is allegedly laundering dirty money and that he takes bribes from public orders. Everything points to this possibly being true. Only Prime Minister Fico can prove whether this information is or is not true” said OLaNO party head Igor Matovič, adding that the company Komed has managed to generate something like EUR 700,000 profit over the past two years with one employee.

Matovic claims that Paska is now about to clean up the company and transfer the rights to a proxy, and so he is calling on the PM to show that his anti-corruption rhetoric of late is real, by doing something about the Smer-SD party vice-chairman Paska. A protest march is organised for tomorrow demanding that the PM start dealing with corruption systemically. The march will end outside parliament.