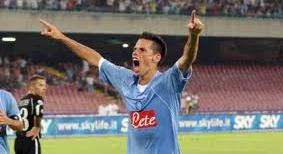 Slovak national football team captain Marek Hamsik has been targeted by some big clubs of late, but all in vain because this week he extended his contract with Italian team Napoli until 2015.

President of Napoli football club, Aurelio De Laurentiis, has been adamant about keeping the 23-yr old Slovak attacking midfielder, having rejected offers from the likes of Chelsea, Manchester United and Inter Milan.

The latest bidder was Manchester City, which offered the Italian Serie A team a whopping EUR 50 million for Hamsik’s transfer. “We will not sell Hamsik even for EUR 50 million. He is part of our internal plans and we don’t want to say goodbye to home”, announced De Laurentiis for Italian newspaper Corriere dello Sport.

Hamsik was transferred to the Napoli  team from Brescia just three years ago in 2007 for a mere EUR 5.5 million.