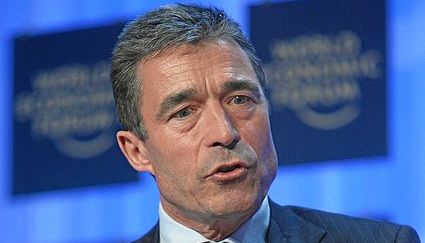 NATO Secretary General Anders Rasmussen will be making a flash trip to Bratislava on 19 May to lecture to university students, as part of an event organised by the Slovak Atlantic Commission, reports TASR newswire.

Rasmussen will be speaking to students of various universities, including Comenius University, The University of Economics and the M.R. Stefanik Military Academy, on the subject of NATO’s role in the fast-changing situation concerning international security.

Rasmussen will also touch on the NATO mission in Libya, where it imposed a no-fly-zone after ruler Colonel Gadaffi started bombing his own people for having the cheek to rise up against him.

In April 2011 in relation to the 2011 Libyan civil war Rasmussen said that on the day NATO started taking command of the mission against the Gaddafi regime in Libya, its boss has ruled out arming the rebels. Rasmussen says the coalition under his control is clear about its mission. “We are not in Libya to arm people. We are in Libya to protect civilians against attacks,” he said