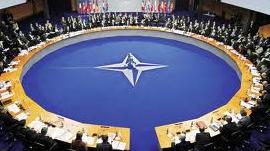 On October 2nd and 3rd, Bratislava will host the international leaders in security issues. At the conference, organized by the Centre for European and North Atlantic Affairs (CENAA) under the auspices of the Ministry of Defence of the Slovak Republic and the NATO Public Diplomacy Division. The participants will try to answer questions related to the future of the Alliance, the extension of new partnerships and also to the effective defence during the financial crisis.

“Before the end of the most extensive mission in the history of the NATO, scheduled for 2014, NATO faces the questions related to its further development and specialization. Nowadays, representatives of NATO face the questions about the design of the Alliance´s future strategic operations and about the nature of the Armed Forces. In the post-Afghan era, NATO will need a new definition of its basic functions, which will be implemented through a new kind of operations,” said Marian Majer from Centre for European and North Atlantic Affairs.

In the initial discussion CENAA will welcome NATO Assistant Secretary General for Defence Policy and Planning, Amb. Hüseyin Diriöz, will together with the Director of the International Centre for Democratic Transition, Amb. Istvan Gyarmati, the Director of Political and Strategic Affairs at the Department of Prospective of French Ministry of Foreign Affairs, Colonel Jean-Christophe Noel, Deputy Minister of the Ministry of Defence of the Slovak Republic, Amb. Miloš Koterec, and Director of the Centre for European and North Atlantic, Affairs Robert Ondrejcsák discuss NATO missions in the post-Afghan era.

Once deploying military forces of NATO member states in conflicts in Afghanistan but also in Iraq and in Libya, the probability of NATO involvement in equally extensive and costly conflict is rather low. The panellists will address the direction of NATO in the post-Afghan era. Is there going to be “return” from NATO expeditionary missions towards territorial defence? And may this change affect the Alliance’s ability to conduct expeditionary operations? The fundamental question for the future direction of the Alliance remains: whether there is a consensus among the allies on the future of NATO, also concerning the ongoing financial crisis.

The first annual conference “NATO and Armed Forces 2020: Way Ahead” will be held on October 2nd. and 3rd. in Bratislava. In addition to the topics related to the future orientation of NATO missions and NATO´s further direction, the conference will also cover the questions of the concept of “Smart Defence” and the future of NATO Partnerships. Source CENAA