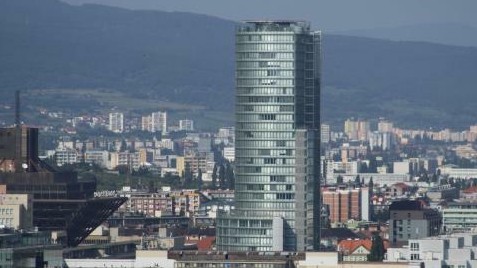 Statement by the National Bank of Slovakia following criticisms that the draft revision to the Banking Act will not affect competition:

At present in Slovakia, mortgage loans as defined in the Banking Act are not provided by any foreign bank branch. These loans currently make up only 30% of the total amount of housing loans in the Slovak market.

NBS does not deem discriminatory1) the fact that the draft amendment would prohibit branches from providing mortgage loans.

In the event that a foreign bank branch acquired a mortgage licence, several aspects of mortgage transactions could be conducted under the law of the country in which the parent banking group is established. In such case, mortgage borrowers and mortgage bond investors would not have the same rights as compared to customers of Slovak banks. Therefore granting a mortgage licence to a foreign bank branch would create a risk of disruption in the uniformity of mortgage-lending rules in the Slovak mortgage banking sector.

Foreign bank branches currently hold an advantageous position in a number of other areas. Unlike domestic banks and subsidiaries of foreign banks, they do not have to invest any equity capital in Slovakia. Such a model under which foreign bank branches are not required to invest in Slovakia yet receive public subsidies for their customers is considered by NBS to constitute an imbalance and distortion in the market.

Will the position of customers be weakened?

In the opinion of NBS (contrary to that of the Slovak Banking Association), the draft amendment will ensure and preserve consumer protection. If it were not passed, banks’ customers could face serious complications, particularly in regard to entering into contracts and enforcing contractual claims. Another risk we see is that agreements may not necessarily be entered into under Slovak law and may therefore be unenforceable in Slovakia.

NBS notes other significant risks to customers, particularly in the transformation of foreign bank subsidiaries into foreign bank branches. If a foreign bank branch in Slovakia were to fail, its customers could face additional difficulties in recovering their deposits, for example language barriers or having to travel to the country where the foreign bank is based.

Transformation into branches – a significant risk to financial stability in Slovakia

In addition to the above-mentioned risks, the transformation of subsidiaries into branches would adversely affect financial stability. Branches do not have legal personality and do not have any equity capital. Concequently, all the risks of the banking group are automatically mutualised with its branches. NBS can neither mitigate nor affect such risk. The transformation of subsidiaries into branches would open the way to capital and liquidity transfers to parent undertakings, thereby posing a risk to the currently sound financial condition of the Slovak banking sector. NBS is not able to sufficiently influence or monitor the business and risks of a foreign banking group. In the event of a deteriorating situation in such a group, NBS might not have the information necessary to warn customers in time.

Národná banka Slovenska is open to discussion on the draft amendment to the Banking Act. Unfortunately, the media coverage of this issue has included the publication of speculation and half-truths. The aim of NBS is to ensure that this issue is discussed on its merits, having regard not only to the interests of individual institutions but in particular to its contribution to the stability of the whole financial sector in Slovakia.