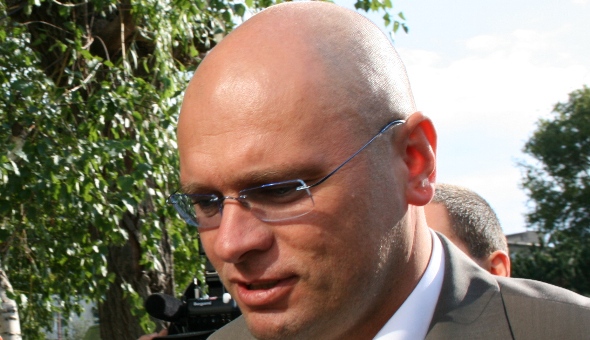 Just when it seemed like the coalition had agreed on who would occupy the key post as head of the National Security Bureau (NBU), the candidate Juraj Kliment proposed by the SaS party has withdrawn his candidacy.

Kliment, a Supreme Court judge, announced the news yesterday, justifying it chiefly by the fact that he did not have the full support of the coalition. His candidacy had been endorsed by all four coalition parties last week (https://www.thedaily.sk/2011/06/03/political-affairs/coalition-agrees-on-new-security-bureau-chief/), but the 4 members of the OKS faction of Most-Hid have now expressed their unwillingness to support Kliment’s candidacy. In the thin-majority coalition, this is enough to prevent the vote.

Head of the OKS, Peter Zajac, explained that they could not support Kliment because of his 2006 ruling as a judge in the case concerning the murder of student Ludmila Cervanova, dating back to the 1970s. The case was embroiled in questions with suspicions that the evidence had been contrived by the former communist government.

Now the SaS will have to put forward yet another candidate to the coalition, its fourth attempt already. The previous two candidates, Jan Stano and Peter Paluda, were not suitable for SaS’ coalition partners.

Chairman of the SaS party, Ruchard Sulik, who is obviously not happy with the latest development, feels that someone is maybe benefiting from the fact that the security authority NKU is still being led by Frantisek Blanarik, who was noiminated by Vladimir Meciar’s HZDS party. Sulik believes all three candidates put forward to date were good ones, but says his party will put forward a new nomination that will hopefully suit the coalition partners.