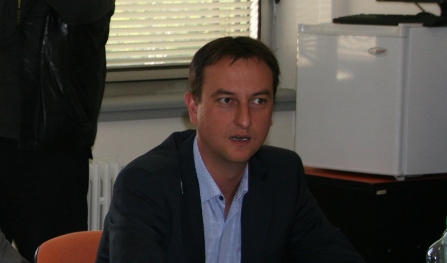 The competition for the post of director of the newly established public broadcasting company RTVS (Slovak Radio and Television) is starting to heat up, with the decision on who would occupy the post expected to be announced this evening.

A total of 19 applications for the post were received, and this week the candidates had to present their ideas to the parliamentary Media Committee.

After the presentations, which produced various concepts of how to deal with public media (including its abolition), culture minister Daniel Krajcer expressed his conviction that the best person for the job was the interim head of RTVS and former head of Slovak Radio, Miloslava Zemkova.

Krajcer says she is his personal favourite because she has proven herself as being impartial to political influence and capable of running a company properly. The opposition is claiming that the government decided long ago on who would be the new head of RTVS and that Daniel Krajcer had no right to publicly state his opinion on the matter.

Today the candidate Tibor Tkacak backed out of the process. His idea was to cancel the public broadcasting company altogether, but he could not rally support for such an idea.