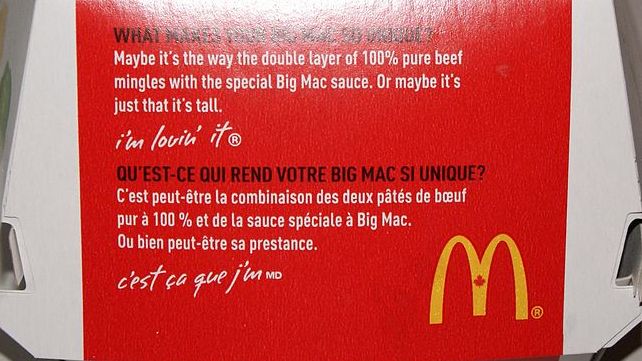 Last night my wife, in the middle of her unexplained, once-a-month desire to eat everything in sight, wanted to go to McDonalds.  My relationship with McDonald’s throughout my life has been a turbulent, stop-start one.  As a child it symbolized everything that was good and right with the world;
a place where food (not very important) was accompanied with toys (extremely important).  Once I developed taste buds that recognized more than just sugar and toys became less important, I visited McDonalds less and less.
Eventually, after reading a few books depicting the evils of large corporations and commercial scale cattle raising, I decided I would no longer visit McDonalds.  This continued for a year or so but when you live in a foreign country sometimes the potential for a taste of home is a strong
pull, so eventually my self-imposed ban on McDonalds was lifted. One thing I need to clarify before moving forward; I know what a good hamburger tastes like.  I’ve been cooking for years, I’ve even been hired as a consultant for restaurants who wanted to improve their burgers.  McDonalds doesn’t make a great burger, I know this, but there’s a time and place for everything and sometimes the familiar flavor of a Big Mac is something I can’t resist.

The Big Mac has been around far longer than me.  Created in 1967 and nationally available since 1968, the Big Mac is one of the most popular sandwiches in fast food history.  I remember the slogan they played on TV for the burger when I was younger: “two all-beef patties, special sauce, lettuce, cheese, pickles, onions, on a sesame seed bun.”