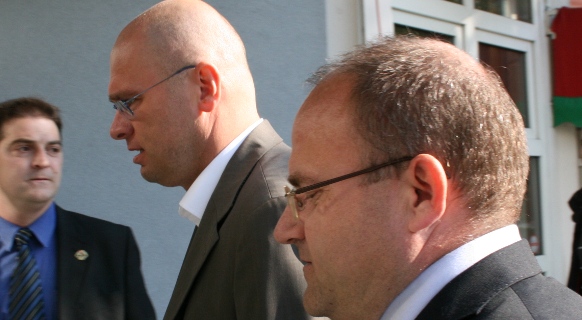 The government’s plans to make savings of around EUR 900 million next year to plug the hole in the public finance deficit are not moving forward so quickly. This works out at roughly a 10% saving across-the-board at all ministries.

For example, finance minister Ivan Miklos (SDKU-DS) is still waiting on most of the savings proposals from all ministers, which he should already have on his desk. Only 2 of the 12 ministries have some idea of how to make the necessary savings, and the Ministry of Finance itself doesn’t have its proposal ready.

Former finance minister from SMER-SD, Jan Pociatek, said the plans are “just populist proclamations. I’m convinced that the ministries won’t save any money at all in the end”.

On another note, individual MPs were also to come up with ways to make savings in parliament. The coalition assigned the task of collating the ideas to parliamentary chairman Richard Sulik (SaS) one month ago, but the first discussions only took place yesterday, 6 September, just one hour before the coalition meeting took place to tackle the deficit in public finances.

“MPs should decide by themselves about this, and I expect them to announce their decisions” said PM Iveta Radicova, yesterday. Vice-chairman of parliament Pavol Hrusovsky (KDH) informed her that so far no agreement had been reached.

One of the ideas proposed earlier by finance minister Ivan Miklos and labour minister Jozef Mihal was to tax MPs’ expenses, but this idea met with resistance from coalition and opposition MPs alike. The government proposed also cutting MPs’ salaries by 10%, but the MPs have been whining that their salaries have been on the same level for two years already.

The government is running out of time on the issue, as it has to present its proposal for next year’s budget to parliament by 15 October.