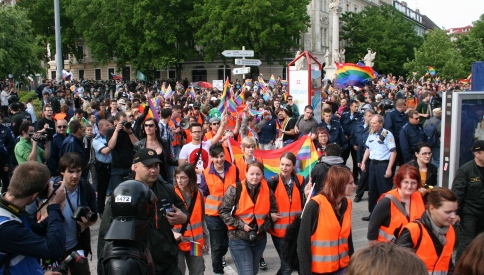 Pravda daily reports today that the annual LGBT march Rainbow Pride through the streets of Bratislava will not be organised this year, which would have been the fourth year of the event aimed at increasing awareness of the discrimination faced by same-sex couples, for instance.

In the past three years the event has been quite a large affair, but not without the opposition of certain Christian and right-wing anti-gay movements and thousands of police on the streets. One of the main representatives of the LGBT community in Slovakia and co-organiser of the event, Romana Schlesinger, confirmed that the event would not be going ahead as usual, but she would not divulge the reasons for the decision.

The first two years of the Rainbow Pride march were organised by Peter Weisenbacher, who puts the absence of the event this year down to mere bad organisation.