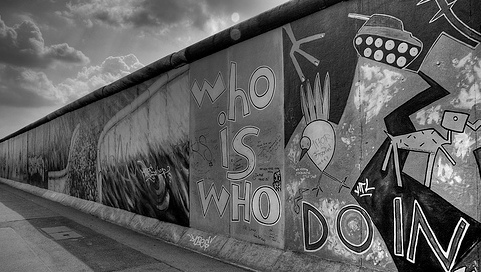 A mini ‘Berlin wall’ has been built in Michalovce in the east of Slovakia to segregate a Roma community from its neighbours. A collective of around 60 families all contributed to the costs of the 25m-long wall (EUR 3,000) to separate themselves from the adjacent Roma community.

The enraged neighbours decided on the move because the Roma are passing through their housing scheme as a short-cut to the town centre, but their main problem is that the Roma have been littering and even defecating on their property, and are allegedly responsible for destroying the facades of the blocks of flats in the housing scheme.

This new wall is the next step after the council itself built a smaller one six months ago, at which time it used noise reduction as an argument. The wall now means the Roma community face a 500m-long obstacle preventing them from crossing a grassed area to the town centre.

When asked about what she thought, Prime Minister Iveta Radicova said she could see how people were trying to defend themselves but that it wasn’t the right solution.