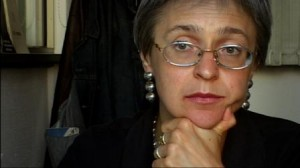 The 11th year of the One World festival organized by NGO Človek v ohrození offered a fantastic opportunity to see screen projections of more than 60 interesting documentaries divided into 8 sections on human rights, global, multi-cultural and ecological themes. You could take part in live debates about current hot and controversial domestic and world topics like activism, nationalism, the Uyghur  people and the Russia-Chechnya conflict, the Roma issue etc., and listen to shorter discussions with the authors of selected documentaries.

You could visit the theatrical performance Haiku played by the homeless Theatre With No Name. This work of drama was a part of an evening dedicated to the topic of homelessness, which included a film screening and discussion.

There were special gigs with excellent world music to dance to, together with various photographic exhibitions as well. The eco-workshop offered the chance to  learn about environmental protection activities.

The aim of the festival is to show a different deeper view of different cultures, societies, politics and problematic issues from all around the world. A different view, that is, than the one you can get from mass media.

Maybe I understand the world less than before the festival, because it is very hard to see all the absurd injustices happening in the world and the violence between the different social, political, ethnic and religions groups, which is still part of our world today. I will write about some of the films that are definitely well worth seeing.  They would really be too many, so I have chosen just a few.

The film Anna, Seven Years on the Frontline is an honour and tribute to brave  Russian journalist Anna Politkovskaya, who was killed in 2007 on the birthday of Vladimir Putin because of her openly critical articles about the terrible military acts of the Russian army in Chechnya.

It is already a well-known fact that Russia is controlled by secret services. Moscow won the full line of the mass media war. The newspaper Novayagazeta should be just like proof in the hands of Putin for the world, that free media in Russia exist. But it is not true. There it total degradation of morals in the Russian army. In Chechnya people were just disappearing, tortured and women were raped. That was what Anna Politkovskaya was informing about”, was what was said in a public discussion by Jaromír Štetina, former journalist and reporter, and now a Czech senator.

Another title belonging to the section U have right to know is Enemies of the People. It is a stunning documentary about genocide in Cambodia, where during the Khmer rouge regime over 2 million innocent people were killed. WE get to learn the answers directly from the dreaded killers themselves – members of the Khmer rouge regime. The directors family was killed by this regime as well.

There was a special focus this year on countries like Iran and Afghanistan. In Iran the number of killings by stoning is rising, even though it is illegal. Iranian director Mohammad Reza Kazemi came to represent his movie Zanan dar Kafan: Women in a Shroud and discussed about it after the screening. It is a very difficult situation. The competent authorities are keeping a secret about deaths by stoning. Everybody has to be silent, even the people throwing the stones. There should be no records, no traces from the ceremony. Mostly the women are guiltless. The reasons are mostly just ideas of a fundamentalist masculine world. Those who are fighting against these inhuman brutal ways of killing Iranians women (sometimes men as well) in this documentary include advocate Šadi Sadr together with Iranian activists and two females who were rescued by lawyer Sadr from their cruel fate. She established a non-governmental organisation Raahi, which gives these women free legal aid. Their work is very complicated because the Iranian government, despite international criticism, is trying to cover the facts. Unfortunately Šadi Sadr is now in prison as well.

This year this film was awarded the Prize for peace and justice at the festival Berlinale.

Local kabul television decided to create one of the most global popculture products, the talent competetion Superstar in Afghanistan.

In the documentary we can see that in the 1980s life in Afghanistan was similar to ours. Dressing, music, cultural life. This changed dramatically after 30 years of war and Taliban rule.

Millions of Afghans are voting for the very first time for their favourite singers in Afghan star. Especially for young people, this is their first encounter with a kind of democracy. Around two thousand men and three very brave girls came to attend the competition.

Public singing in this country is strong influenced by conservative traditions and, unfortunately, the increasing power of the Taliban is dangerous for a woman. Singing and dancing is part of Afghani cultural tradition, but the religion doesn’t allow it.

“If we don’t have war, we have an earthquake”, said the truly joking producer of the competetion.

The documentary Afghan star shows us three months of the candidates’ lives and the nationwide madness about the Superstar competition – one man bought ten thousand SIM cards to support his favourite and another sold a car to buy as many SIM cards as possible as well. But sadly we can see that the life of the two females who reached the semifinals is in danger because of threats from an Islamic religious group. The happy and very liberal girl Setara cannot return home because it is too risky for her. “She deserves to die, she broke the rules of Islamic tradition”, we can hear in the movie after Setara danced on stage without a scarf.

Afghan superstar has another context – via music it tries to connect divided ethnic groups in the nation, but we can see how strong the Taliban still is.

“It has a rising influence and power, nowadays we cannot visit some of our schools anymore that we established in Afghan villages”, said one of the members of NGO Človek v ohrozeni about the programme, School instead of the street.

“People in Afghanistan are very tired from fighting, from wars, they want to have a normal life. 30 years of war is their handicap. You can feel it in the structure, culture, basically everywhere. In the 1960s their literature was mature, they liked European and Russian writers, but in no free country are intellectuals the most threatened group”, explained writer Michal Hvorecky, who spent a few weeks in Afghanistan.

Every year, the One World’s program presents films to its audiences that deal with the issues of racism, nationalism and neo-Nazism. Documentary film makers who present the portraits of nationalists and extremists try to get under their skin, and spread reports about violent actions of groups of people suffering from a superiority complex, warning in unison that this is an organised, internationally connected and large subculture of anti-heroes, which needs to be paid attention to.

In Georgia, summer camps financed by the president contain 100,000 young people being given lessons on hate and mass obedience. The programme wants to cultivate a “love of the nation” among children. This primarily means developing animosity towards Russia, which has been interfering with the country’s autonomy. The camp leaders remind their charges of the injustices that occurred to them during the conflict in Abkhazia and South Ossetia. The director of The Leader is Always Right shows the endlessness of war, when it is nurtured by permanent nationalism.

In Serbia, a large number of young people have fallen victim to the ideas of fascism (anti-semitism) and mostly nationalism linked to the ideas and values of the orthodox church. The director of the movie Heated Blood strives to find out why. “To be a nationalist is the most normal and most natural thing,” said one of the members of the nationalistic fraction in the movie.

The Greek documentary called The Pack of White Wolves reveals to us the rise of neo-Nazis in Russia. The biggest part of the world’s neo-Nazi population today are, paradoxically, concentrated in Russia. Russia, the biggest heroic enemy of the fascists during World War II, has paradoxically become the country with the world’s highest number of neo-Nazis.
“The Pack of White Wolves” is a hair-raising documentary that records the deadly activities of Russian skinheads, the stories of their innocent victims and the terrible threat emerging in the north of Europe. Sympathisers and members of the neo-Nazi and neo-skinhead organisations are made up of the likes of police officers, lawyers and former soldiers from the Russia- Chechnya war. The majority of brutal murders of immigrants in Moscow and Petersburg are caused by neo-Nazi and haven’t been investigated or prosecuted.  A highly alarming thing is that neo-Nazis have found huge support among most of the inhabitants. “You can only speak the truth in this country if you are wearing a mask. This monster is out of control,” we hear in the documentary. Paradoxically, the neo-Nazis show their faces openly and are proud of amateur recordings of fighting, which they put on the internet.

On 13 November 2005 active anti-fascist activist and Russian rock musician Timur Kacharavaa (aged 20) is brutally murdered by members of a far right nationalist group on the street while handing out food to the homeless in St. Petersburg.

“Why are you not like normal children?” says the policeman to the anti-fascist youth, after they were arrested at the anti-Nazi march. This question offers us a complex view of the situation in Russia. 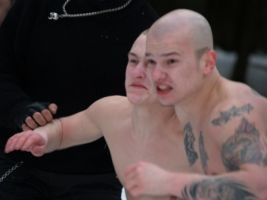 The One World festival with the slogan – Movies without a cover, will continue throughout cities and towns in Slovakia until the end of January 2011.

In Bratislava the festival had around 14,000 visitors.

The acclaim for best movie of the festival went to the documentary Recipes for Disaster (Katastrofin aineksia) from the Green Chalenges category about an experiment of one Finnish family to survive a whole year without products using oil in their production or consumption.

Some of the most popular films include Afghan Superstar, Recipes for Disaster and The Pack of White Wolves.

Special review for The Daily by Petra Znasikova