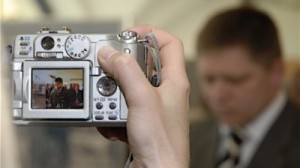 After a stale-mate situation regarding the voting of a new Attorney General, opposition party Smer-SD is now offering its hand to the coalition so that they can agree on a common candidate, as it fears the coalition taking control of this important institution.

At a press conference yesterday, Smer-SD chairman Robert Fico made the call for co-operation, whereby the coalition would propose candidates and then discuss them with the opposition. He feels that this would help evade any future problems and non-democratic actions in the vote.

Fico is afraid that if the coalition’s candidate Jozef Centes is voted as the new Attorney General, this would be the impetus for political nominations at the Attorney General’s Office, which would then be under the thumb of the current coalition and respond to the will of interior minister Daniel Lipsic.

Centes is therefore not acceptable for the opposition, while the coalition refuses outright to support current AG Dobroslav Trnka, which is why Fico and his party feel that a joint candidate should be found. He still holds to his opinion that the vote should be secret, however, while the coalition now plans to pass new legislation that would make voting in such matters public.