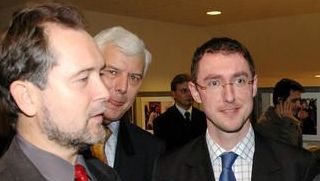 Non-governmental organisations (NGO) in Slovakia were optimistic about the arrival of the new government that their position and entitlements would be improved, but their optimism has been deflated slightly.

A report signed by Pavol Demes on behalf of NGOs states that “the Radicova government invoked unprecedented optimism among non-governmental organisations. Many of us expected the new Cabinet and Parliament to make systemic changes and we expected to see open and amicable communication, which would help our country and citizens in difficult times. However, nothing substantial has been done.”

The NGOs were relying on improvements based on the declared government manifesto and because many of the MPs had formerly worked in the third sector. After taking up power, Radicova declared that she wanted to appoint a plenipotentiary for a civil society and to involve NGOs more in the process. After 100 days in office, though, nothing has been done and the government has not even proposed any candidates for the post.

The NGOs have stressed that the many talented people in the third sector could help, protect and develop communities in the country, and improve relations with the third sector in other countries. They are now waiting for a reaction from the government.