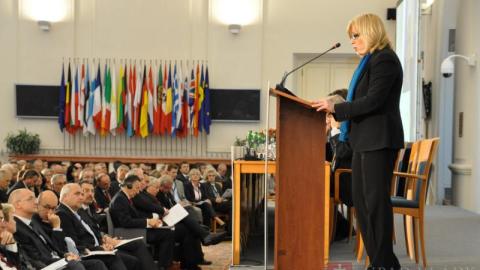 In an unexpected gesture, incoming PM robert Fico has offered his predecessor the post of Slovak Ambassador to the United Kingdom of Great Britain and Northern Ireland.

Radicova received a letter from the Presidential Office offering her the interesting post, which would tie in with her planned lectures at Oxford University starting January 2013.

Radicova was taken aback by the offer and so refused to comment to Novy Cas daily, which was first to release the news. In the meantime, starting in April she is set to take up a full-time post at Comenius University, where she will lecture on social policy and sociology.