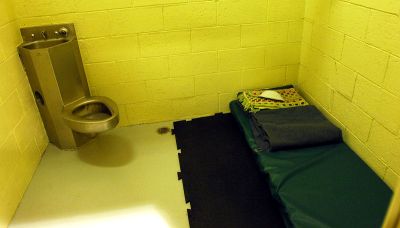 Thanks to a revision to the Code of Criminal Procedure passed by parliament yesterday, parents of unruly children could end up serving time behind bars for the misdemeanours of their offspring.

Parents could now be held liable for their children’s petty thefts if the child is too young to be prosecuted, with the jail times for parents going up to two years. The idea behind the initiative, which comes from liberal coalition party SaS, is to prevent certain parents from using their child’s immunity to prosecution to make them steal from shops etc., regardless of the value of the theft.

Nobody has said it out loud, but the revision is aimed chiefly at Roma families, as they are often regarded as being neglectful of their children, with many cases of their children stealing from shops. The revision was drawn up by Kamil Krnac from SaS, who summed it up by saying the law is aimed at parents from “certain communities” that don’t care about their children’s upbringing.

Justice minister Lucia Zitnanska is not so confident about its effect, saying it would probably not be possible to implmenent it in practice. Another problem is that the revision does not specify which offences could lead to parents being charged, and so covers the whole spectrum of petty offences.

At present children stealing something worth over EUR 266 (the threshold for classing it as a criminal offence) could see their parents put in jail, and according to daily SME, some 881 cases of parents being charged for their children’s actions were seen in Slovakia last year.