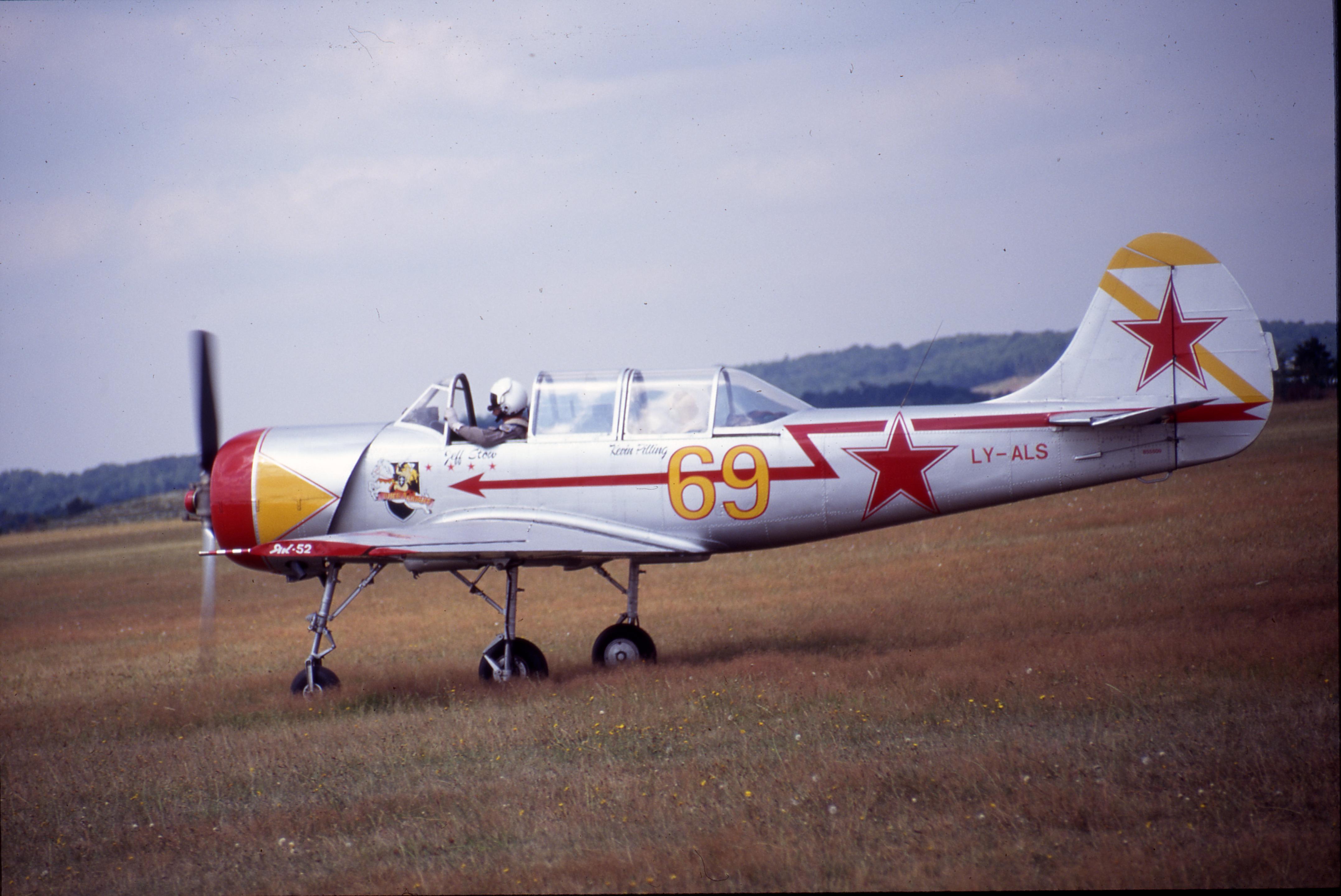 Vintage Air Rally is launching a competition to find a team from Slovakia to win 15 FREE places on Ushuaia2USA, the world’s most ambitious vintage air rally, The Ushuaia2USA, supported by Puma, GREAT and Randolph Eyewear, will cover 9,000 miles and 19 countries, in just 42 days

The six-week flight will begin in Ushuaia, the world’s southern-most airport at the tip of Argentina – dubbed ‘The End of the World’ – The unique crossing will take in some of South America’s most treacherous terrain before finishing in Florida – All pilots will compete in 1900s-built vintage aircraft in the rally devised by former army pilot Sam Rutherford.

VintageAirRally is looking for a team from Slovakia. They want people with a head for heights and a sense of adventure to win the chance to take part in the world’s first vintage air rally across South America – representing Slovakia in competition with other teams from other countries around the world.

Daredevil pilots are being offered the opportunity to join the Ushuaia2USA Rally, which will see planes dating back to 1900 fly the length of South America, recreating the route of pioneering aviators of the 1920s. It will be the first time vintage planes (and vintage helicopters) will attempt a journey across this kind of terrain.

Due to the age of the planes, many requiring hand starting, emergency landings and unintended stops in unexpected parts of the continent become extremely likely. Vintage Air Rally has 15 FREE places available for the once-in-a-lifetime trip, which will also fly over some of the globe’s most inaccessible and hostile locations. Not just mountains, glaciers, desert and jungle – but also some of the most lawless parts of the planet. Entry for the spectacular journey opens today, with costs including travel, shipping, accommodation, food, fuel, permits, fees, immigration and insurance covered for the 42-day expedition in spring 2018.

Everyone is welcome to enter. Even those with no flying experience can enter by simply finding a pilot with a plane and creating a team (also free for them). The Vintage Air Rally Ushuaia2USA will take off from Ushuaia, the southern-most tip of Argentina, dubbed ‘The End of the World’ in March 2018. Over the next six weeks, the 9,200 mile journey will cover 19 countries, touching down in treacherous terrains such as the windswept expanse of Patagonia, the peaks of the Andes, the swamplands of Paraguay and the jungles of Peru.

The Rally will also take in the wilds of the Amazon rainforest, fly low down the spectacular Panama Canal and over the volcanoes of El Salvador, offering pilots and passengers the chance to discover the rich and varied culture of South and Central America. The penultimate stop on the rally will be Cuba, where a cigar party will be held in Havana to celebrate the pilots’ endeavours, before the final procession into Florida (a flight that was impossible for over four decades) where the coveted Vintage Air Rally trophy will be presented at a gala dinner.

Additionally, the most exemplary team will be awarded the “Spirit of the Rally” Trophy following a vote amongst the teams. Vintage Air Rally is the brainchild of Sandhurst-trained British Army helicopter pilot Sam Rutherford. After years flying special missions – including a secondment with the American Drug Enforcement Administration, fighting the drug cartels in Central America – Rutherford decided to create the VintageAirRally. These would be air rallies to bring together fans of vintage aviation from across the world – and make them available to everyone. Ushuaia2USA comes off the back of the success of Crete2Cape Vintage Air Rally which took place in November 2016 and saw teams of planes recreate the 1920s aviation pioneer route across Africa, from Crete to Cape Town. The winning team came from Canada, whilst Spirit of the Rally was won by an American duo. German and South African teams took second and third places respectively.

Vintage Air Rally Director Sam Rutherford said: “This is a unique journey and we want Slovakia to join us. We’re looking for characters with character who want to join us. Vintage Air Rally isn’t about smart hotels. It’s about grit (and glory), going to places usually out of reach. If you’re someone who thrives on adventure, excitement and derring-do then this is for you.” “The Rally connects some of the most beautiful and evocative points of the American continents, combining the challenge of flying these magnificent aircraft with the element of competition which was equally prevalent in the early days of pioneering aviation. “I am extremely thankful to our sponsors and supporters, who have made the VintageAirRally aim achievable. That we can offer this unique opportunity to anyone, anywhere – is a world first and a tremendous privilege”