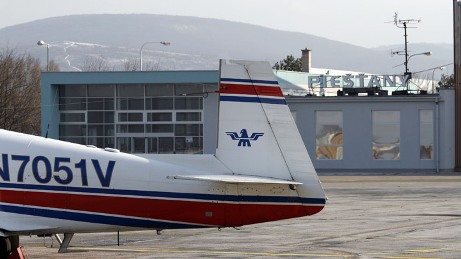 Piestany Airport is planning to compete with Bratislava Airport, now that it has received a study prepared by Zilina University, which claims the airport could have hundreds of thousands of passengers a year.

The shareholders of the airport, Trnava Region and the Town of Piestany, are hoping to get regular and chartered flights off the ground starting next year. They are already looking to privatise the airport, in full or in part, and so benefit also from the proceeds of the sale.

Although no specific offers have been received, there are allegedly already prospects from the Arab nations, Israel and Russia interested in this strategically located airport. Thanks to its position and navigation equipment, Piestany could be the perfect alternative to Bratisava, as it is a centre of tourism, a hub of industrial activity and closer to some of the larger towns in the north.

Airport director Frantisek Varga says they are already working on increasing traffic by negotiating with tour operators about direct charter flights to seaside resorts in the Mediterranean, luring them with lower airport fees and fuel costs than they get from Bratislava.

Other plans include the involvement of flying schools or private jet and business flight operators, as there are possibilities for them to erect their own hangers and service points.

The study from Zilina University states that finding a strategic investor could take up to a year, with another two years needed to draw the privatisation deal to a conclusion.