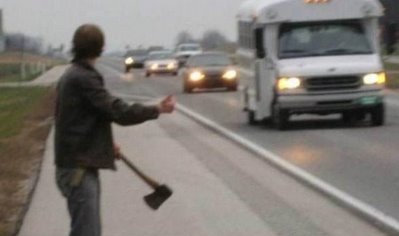 UPDATE: the Ministry of Interior has now announced that plain clothes police officers will have to wear a reflexive band on their arm with Police written on it, in order to avoid any confusion.

A new legislative amendment has made it possible for police officers to stop cars while in plain clothes. This could lead to problems, as there is no way for drivers to differentiate between a plain clothes police officer, a hitch-hiker or just someone trying to rob or hijack them.

If a driver refuses to stop for someone waving at the side of the road, it could now lead to a fine of EUR 60 if the person turns out to be an officer out of uniform.

So how should an unsuspecting driver deal with this? The best you can do is slow down and make up your own mind if the person ‘looks’ like a police officer or not. Keep your car doors locked until the officer has proven his identity.

The police are saying that this measure will only be used in exceptional cases, like when trying to catch someone on the run, but that does not make it any easier or reassuring for drivers.