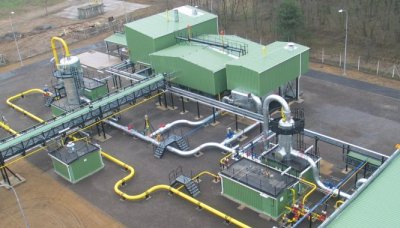 The company Nafta officially opened its new underground gas storage reservoirs yesterday near Lab and Gajary in the Zahorie region west of Bratislava, giving Slovakia a little more security when it comes to gas supplies.

The opening was attended by Prime Minister Iveta Radicova, who said the additional 500 million cubic metres of stored gas would not only boost the competitiveness of Nafta, but also increase the security of gas supplies for Slovakia and the whole of Central Europe.

The project cost around EUR 106 million, with just EUR 3 million coming from the European Commission, but thanks to their strategic position and an overall lack of storage premises in Slovakia, companies will be fighting over storage space at the new facilities, something the PM believes will help cut gas prices for consumers.

Nafta is continuing to expand its storage capacity, which should reach around 2.5 billion cubic metres in this area by 2014. The gas is injected at higher pressure into porous rock underground, being recovered as required.