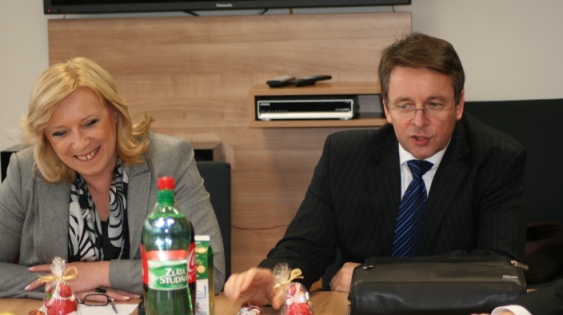 The alleged case of crony practices by the SDKU party in the rental of office premises for Kosice tax authority has become perfect ammunition for main opposition party Smer-SD, with party leader Robert Fico calling for the head of either finance minister Ivan Miklos or the Prime Minister Iveta Radicova.

The first accusations broke back in April, at which time the PM denounced the tender and ordered a new one. The second tender worked out in favour of the same company that won the first one, the company Nitra Invest, which is owned by SDKU regional head for Nitra, Ondrej Scurka.

Rising pressure from NGOs, the opposition and analysts have not produced the desired effect, though, as the PM Radicova has finally given her stance to the current situation after having a long and serious talk with finance minister Ivan Miklos, who has been adamant from the outset that there is nothing shady about the tender.

Radicova told a press conference yesterday that as far as she is concerned, the whole matter is closed, and that the whole issue is absurd. The finger was then pointed at former PM Robert Fico, because under his government in 2007 the state entered into a contract that was hardly beneficial for the state.

Finance minister Miklos pointed to the audacity of Robert Fico for raising the accusations in the first place and for calling a no-confidence motion on PM Radicova, which Fico’s party plans to bring up in parliament later this month.

An anonymous criminal complaint has now been filed with the Regional prosecutor’s office in Banska Bystrica, which claims that the tender specifications were crafted to suit just one company, Nitra Invest, and that the contract is disadvantageous for the state.

Radicova’s latest stance to the affair has been slammed by opposition MPs and political analysts, who feel she had to give into the pressure from within her party. She has been jostled around by her party ever since the affair came to light, with many calling her a weak prime minister.