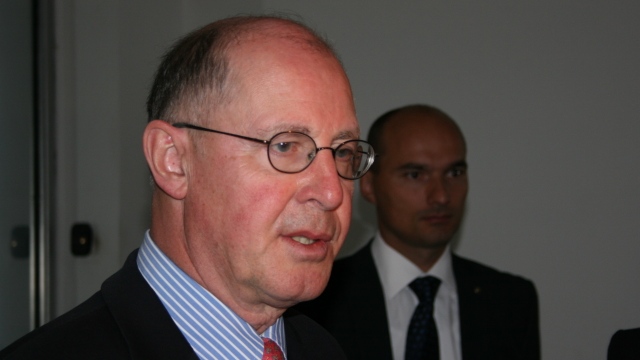 Yesterday Prime Minister Robert Fico met up with US Ambassador to Slovakia, Theodore Sedgwick, to discuss the priorities and future policies of Fico’s government and the impacts on US-Slovak relations.

One of the main subjects of discussion according to TASR newswire concerned Slovakia’s budget for the military, something that Ambassador Sedwick feels could be more generous, although accepting that this is not so realistic under the current economic climate and Slovakia’s efforts to squeeze the GDP deficit to 3%.

Sedgwick noted his appreciation for Slovakia’s active involvement in international operations, referring to it as an excellent partner. At present Slovakia earmarks around 1.1% of the GDP to defence, while NATO wants to see a level of at least 2% from its members.

The PM and the Ambassador also discussed business and diplomatic relations between the two countries.