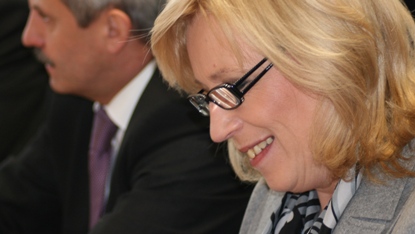 As the term of office of Prime Minister Iveta Radicova grinds to an end with the early elections this Saturday, 10 March, she is now set to return to here original vocation and lecture at St. Anthony’s College in Oxford.

After her coalition fell apart in October over a government confidence vote, Radicova said she would be leaving politics and so has accepted the position in Oxford, where she herself studied in 1990 as part of her post-doctorate degree. St Antony’s College is the most cosmopolitan of the seven graduate colleges of the University of Oxford, specialising in international relations, economics, politics and history of particular parts of the world.

Radicova has already lectured at various universities in Great Britain, USA, Austria, Finland and Sweden to date, and although leaving politics as such, she has made it clear that she would not be inactive as a citizen, just as she was not before or during the 1989 Velvet Revolution, nor since.