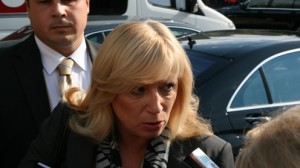 Radicova also explained that Slovakia supports Serbia’s European integration aspirations to the full, and that she believes the country’s accession process will start once the opinion of the European Commission is issued next year.

Slovakia is one of five European Union members that refused to recognise the Kosovo Albanian UDI. She also pointed out that relations between Slovakia and Serbia were exceptional and have traditionally been amicable, and that both countries shared similar views on many political and economic issues.

The Slovak PM also mentioned another strong reason for good relations between the two countries; the fact that the city of Vojvodina in northern Serbia is home to a 60,000-strong Slovak ethnic minority.