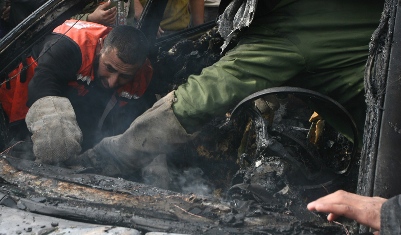 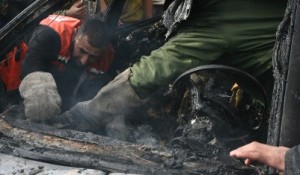 The police announced today that they have caught the perpetrators responsible for the burnt corpse found in a car at the edge of the forest in Devinska Nova Ves on 14th November.

A police source told cas.sk that there are at least two perpetrators and that they had killed the man allegedly over a debt that he owed.

The body and torched car were found at the end of the same street where crazed gunman Lumomir Harman killed seven people in August. The man was probably burned alive as his body was found to have inhaled smoke and particles before he died.

The police were lucky in that one of the killers just turned himself in over fear that his fellow criminal was going to hurt him. The police then arrested at least one other man based on his testimony.

The body was discovered in a burnt out Skoda car at the edge of the forest by a man walking his dog.