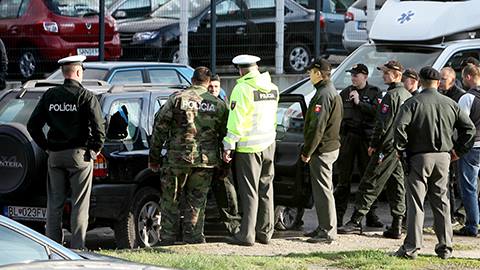 The Petrzalka borough of Bratislava was witness to a car chase and police shooting around 5pm yesterday, after a wanted man spotted in a car refused to heed the calls of the police to stop in a road block set up to catch him.

The 35-yr old man, driving an Opel Frontera, tried to flee the police on Panonska road, to which they responded by opening arms, shooting at the vehicle and injuring the man in the thigh, forcing him to stop.

After being apprehended, the man was taken to the nearby Antolska hospital. His injury is not life-threatening and the bullet missed his bone.