The police investigation launched last year after the media drew attention to a dubious case of cronysim involving EUR 130 million has been halted with no charges being brought against anyone involved, reports daily Hospodarske Noviny today. 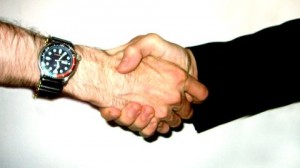 The case from last year saw the Ministry of Interior conclude a contract for mediating tenders and PR services for a host of public authorities worth EUR 130 million with the private-owned company Regionálna Obstarávacia Agentúra (ROA) from the small village of Horne Plachtince. Interior minister Robert Kalinak soon cancelled the contract once the media had exposed it back in April 2013.

It would appear that the company ROA was set up strategically, as the village has a small share in it, meaning it can officially deal with bigger tenders as it is at least part-owned by a public authority. A criminal complaint was filed in the case by independent MP Daniel Lipsic, who the daily cites as saying he knew they would “try to sweep it under the carpet”.

The daily cites a document from the investigator claiming that there were no grounds for criminal prosecution in the case.  Now interior minister Kalinak says he will have the process investigated, especially as the case has been closed even though the Office of Public Procurement has not completed its own investigation.