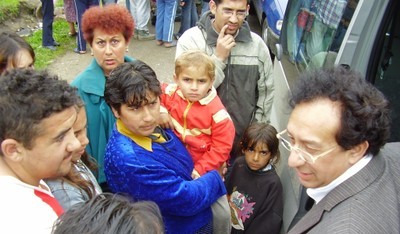 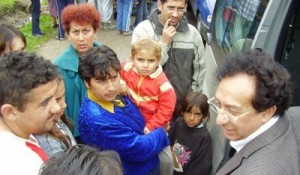 The old thorn of municipal elections has shown up again as Slovak police are investigating alleged vote-buying in the village of Kralovsky Chlmec (Kosice region) at the elections on Saturday.

“We received two complaints about a group of people who were intent on manipulating the ballots,” claimed head of the local election committee, Viktor Dako. The news was confirmed by Arpad Kalapos, independent candidate for mayor of Kralovsky Chlmec, who claimed that several independent sources have confirmed the suspicions that certain political parties have orchestrated vote buying, at EUR 5 per vote.

Other accusations came in from the village of Velka Ida near Kosice, which is largely populated by ethnic Roma citizens. Head of the local election committee, Stefan Ziga, said that the allegations had not been confirmed and that they double-checked the vote. The committe requested the police to patrol nearby the polling stations.

In another incident at the infamous Roma housing scheme Lunix IX, voting was suspended for 10 minutes after one of the voters arrived with a paper containing detailed instructions on how to vote for a specific candidate. The local election committee therefore stopped voting and called the police. Known loan sharks were also camped outside the polling stations trying to get Roma citizens to vote their way.

For some reason, Roma voters are much more enthusiastic about voting in local elections than in the parliamentary elections, and in the case of Lunix IX, which has 3,330 registered voters,  they were queuing up outside the polling station already in the morning. Surely this is not because in local elections every vote counts, and so is more worth buying?